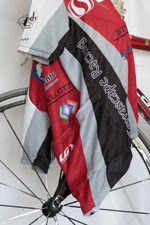 We now have an album started on Picasa that also spools a slideshow on this blog (look to the right of the page).

If you have current photos of a specific race or an album you would like to see featured, let me know and I will upload it to the site.

New photos are always welcome. Ideally, we would have a few albums highlighting different races or disciplines. Keep checking back for constant updates and new images.
From the brain of Tibbitts No comments:

Team, I sent this to the President of ABA

Alan
At Terrascape’s last meeting I committed to attending the President’s meeting. However, since the 2008 Racing Committee’s decision with respect to the 20007 BAR results, I have decided not to attend. I am not sure if you are aware of the situation. You have photographed me and many other racers, including at the 2007 Provincial Championships in Edmonton. I was there to chase BAR points, since according to the 2007 Racers Handbook, this was a BAR race. The problem is mountain bike racers are not run by age categories and the BAR is. This is not a new problem. I raised this with Andy in 2005, the first year I won the BAR. Why should a 50+ be required to earn points against much younger racers? The solution was simple, let the racers race and settle up the points later based on their participation and results. This works great if all of the racers are in the same category. This occurred in 2005 and in 2006 when Don Fox won the BAR.

I was aware of the potential problem in the 50+ category because there could be several expert riders and emailed the race organizers for the 2007 Provincial MTB race. They said it is the race Committee’s responsibility. I spent time and money competing for my goal of winning the BAR. I work on the quantity principal, not the quality. This is what makes the BAR unique, it encourages participation in many disciplines, then you hope you are healthy on race day. On race day, Mike Steneker and I raced the Sport category, and then Dave Whitten raced in Expert, on a different course. I knew this would be interesting to resolve but trusted the 2007 race committee would continue to apply the same principals as in previous years. To my surprise, they decided not to give any BAR points in mountain biking, except to elites. I got a ZERO, as did FIFTEEN other racers from SEVEN clubs.

The BAR was important to me, I missed family events and traveled back from the World Seniors Games, arriving Saturday night just so I could compete in the Provincial Cross Race on Sunday morning. Because of their decision, I finished second in the BAR: with the 12 points I should have gotten I would have been first. The 2008 Racing Committee have lots of reasons, many which will improve the 2008 BAR, but the bottom line is they did not meet the promise made in the 2007 Racer’s Handbook that MTB is a BAR category. Why the 2008 Racing Committee decided on the 2007 series I do not know, but they affected 15 other racers too. This is why I will not be at the President’s meeting. Sporting awards should be decided on the course amongst the competitors, not in a meeting months after the event by the officials. I hope that this mess is documented in the SPIN magazine.

I trust you will consider my concerns about the 2007 BAR results. Based on my emails with Jim Smith I know this will not happen again.

If you are encountering any difficulties with this blog, please contact Tibbitts or terrascaperacing@gmail.com.
Thanks!
From the brain of Terrascape Racing No comments:

Welcome to our blog! 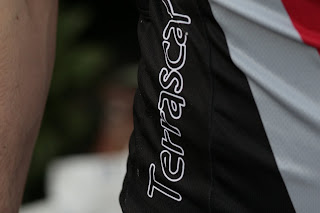 Terrascape Racing has been in action for almost 10 years and is taking advantage of the information super-duper highway.
Find out where we are, what we are doing and how you can be a part of it. Races, results, photos and bad jokes involving Jeff's legs. Get it all here!
Please contact us anytime...we love mail.
From the brain of Terrascape Racing 1 comment: